Apparently, Dystopia sells better than Peace in today’s mentally & politically confused society. Megadeth‘s sold out show at The Hollywood Palladium this past Sunday night was certain proof of that. With tickets reselling online as high as $300 and fans lining up around the block, it was clear that the Los Angeles metal scene is still going strong and in full force. A last minute announcement from Suicidal Tendencies that Dave Lombardo would be taking on the drumming duties on this tour made the event even more exciting.

Only in Hollywood would a Megadeth show be a runner-up in a competition for the most attention-grabbing event of the night. That said, in terms of enthusiasm and excitement, Megadeth beat The Oscars on Sunday night with a much more youthful crowd and louder devotion. The line was so long that the end of it was literally meeting the beginning – a finding a bit confusing for those arriving right before the doors opened.

Havok and Children Of Bodom kicked off the night by “thrashing” the packed general admission floor. By the time Suicidal Tendencies took the stage, the venue was full. Thousands of people impatiently waited for Dave Lombardo to take his seat behind the familiar Tama drum kit. There was no denying that his presence added some spice to an already energetic and powerful performance by Suicidal Tendencies. Robert Trujillo, who was quietly watching the show, made a brief stage appearance; he didn’t perform, but everyone was excited regardless. 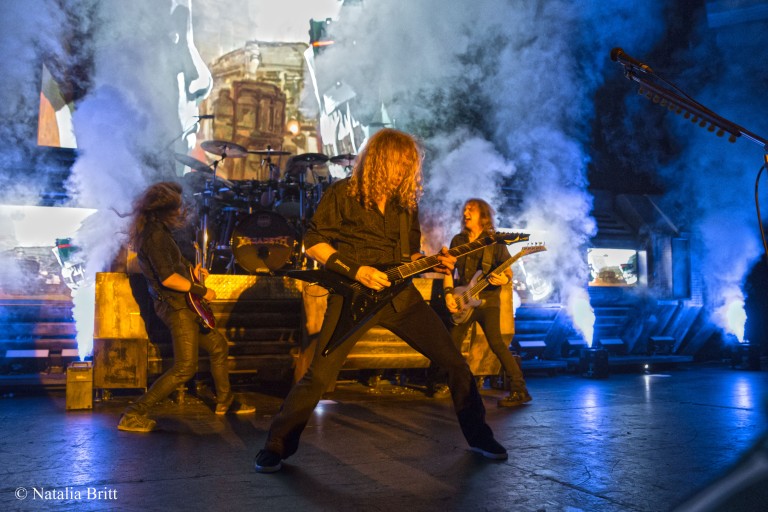 As the night progressed and the crowds of enthusiastic fans jumped, moshed and roamed around the main floor, the real fun was only about to begin when Megadeth finally took the stage. Clouds of thick white smoke warped around Chris Adler’s drum kit as he silently took his seat. For Adler, it was his second time playing The Palladium this month – Lamb Of God had successfully wrapped up their tour at the beginning of February at the very same venue. As “Prince of Darkness” set the tone and the “Megadeth” logo constructed on the display behind the stage, the band rushed to the stage with Mustaine taking the lead and unleashing the new intricate riff to “The Threat Is Real” onto the audience. Up next was “Hangar 18” followed by “Kingmaker” and “Wake Up Dead.” After the audience received their initial portion of headbanging material, a slight change of mood transpired through the venue as the band played “In My Darkest Hour.” Mustaine, now singing in a lower register, had apparently been working hard on his vocals. The new, deeper and “throat-ier” growl seems like it fits the new material perfectly and works just as well with the classics.

Los Angeles witnessed live vocal debut of the title track from “Dystopia” as well, but this time with the vocals. Surely, many in the audience felt special. David Ellefson took the lead on “Dawn Patrol” showing off his bass skills. If some of you thought that the bass was the least popular instrument, Ellefson could prove you wrong in a heart beat; “Fatal Illusion” could not have sounded as good as it did without that intense bass rumble. And of course, Ellefson’s intro on “Peace Sells” does not need introduction.
The night reached its apogee with the first notes of “Symphony Of Destruction.” With bottles, t-shirts, and other random objects in the air, The Palladium went crazy; thousands of fans waving their fits, headbanging, moshing, singing alone – all to celebrate the one-of-a-kind metal event. “Peace Sells” wrapped up the evening and after the lights dimmed down, fans, still not satisfied, kept on persistently requesting “Holy Wars”, which was obviously granted to them.

When it comes to talking about a band like Megadeth, it’s hard to sum up one show into a few hundred words not only because the lyrical explanation along would take thousands of words, but also because there is a substantial history in everything that Megadeth represents today. In an effort to properly wrap up the show, it’s perhaps best to say that if you are looking to see a show with impeccable guitar work, a Megadeth show would be your wisest choice. There is no denial that Kiko Loureiro has given an interesting spark to some of the older material, and his onstage chemistry with Mustaine is obvious. The fans, cautious for a reason, however, welcomed the new line-up with respect and excitement. Chris Adler makes a great addition to the rest of the band and, most importantly, the new material sounds fresh, yet quickly recognizable as traditional Megadeth.

The verdict: If Megadeth is making a stop near you and you are still thinking about going, stop thinking and get your tickets. If Dave Mustaine finally decides to run for president, you could be out of luck for the next four to eight years. 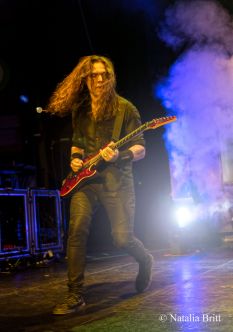 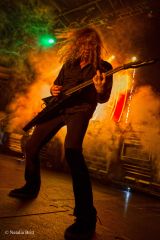 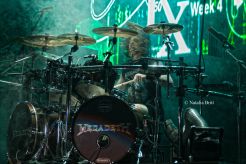 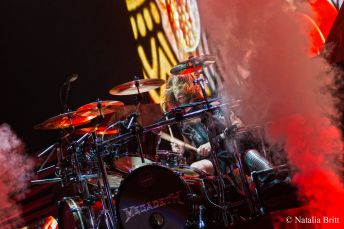 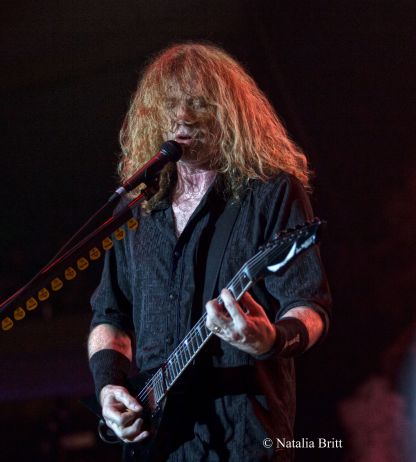 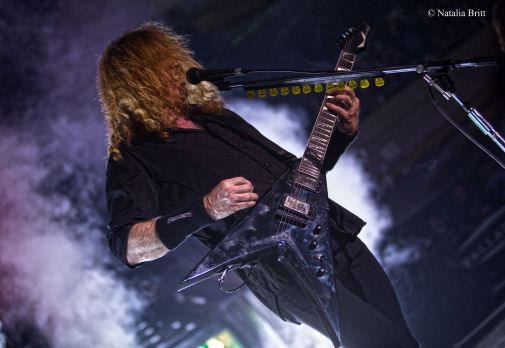 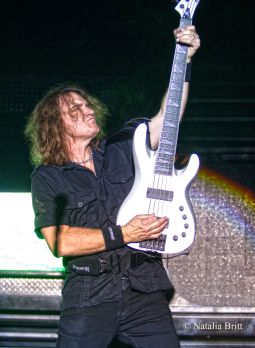 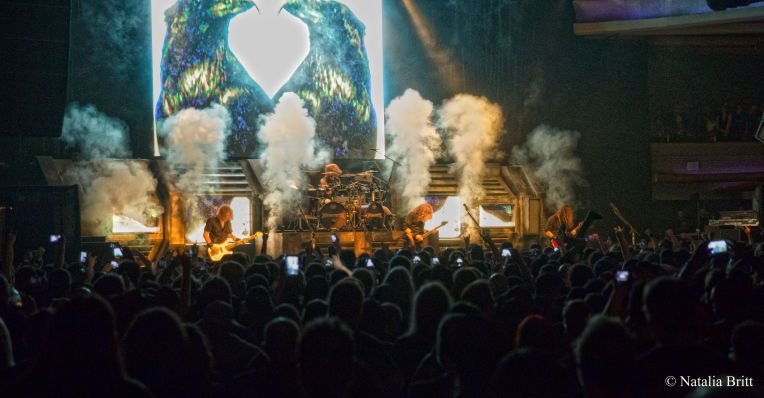 One Reply to “Peace Sells… So Is Dystopia: Megadeth Plays a Sold Out Show In Hollywood Palladium”

All images appearing in Natalia Britt Photography website are property of Natalia Britt and are protected under the United States and International Copyright laws. The images may not be reproduced, copied, transmitted or manipulated without the written permission of Natalia Britt.
Loading Comments...
%d bloggers like this: