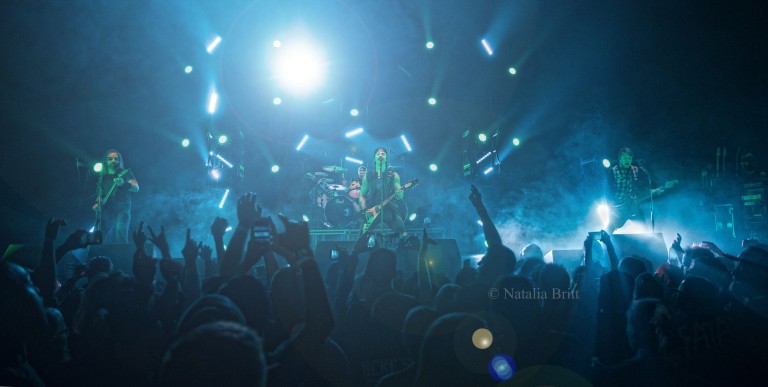 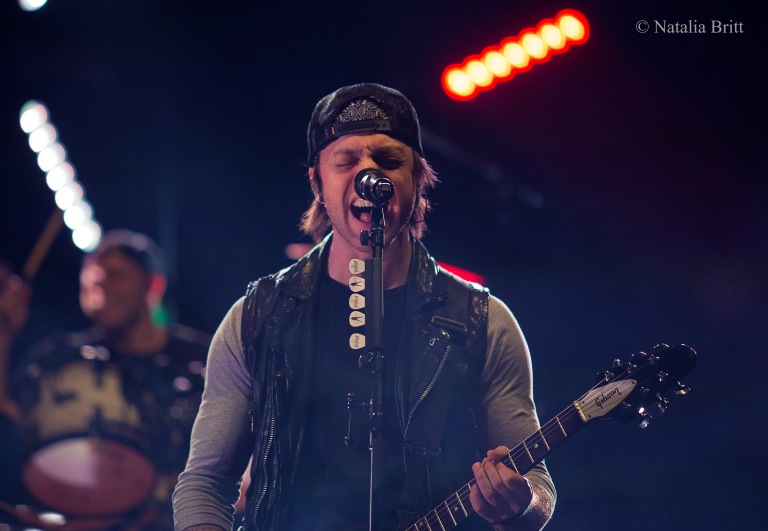 No matter how patriotic and affectionate some of us, Americans, may get when the matter comes to recounting all the great rock and metal bands born in the US, the British will always be the pioneers. For almost five decades, The British have been reinventing rock/metal music. Starting with The Beatles, Judas Priest and Black Sabbath, then moving into the new era with the fresh faces, but the same aggression and hunger for heavier, faster and louder bands, The British have won our American hearts forever. The heartfelt welcome to the heavy/thrash metal titans Bullet For My Valentine and their special guest Asking Alexandria last Friday night at The Wiltern was another proof of how crazily happy we get having metal bands from overseas.

British Invasion Tour, which kicked off on February 1st, features probably one of the best in British metalcore/heavy metal package on a market right now. Guys from Asking Alexandria, had a complete makeover last year and now, fronted by Ukrainian-born singer/screamer Denis Stoff, are off to a great start in 2016. The release of their new video “The Black” very conveniently coincided with the beginning of British Invasion Tour, and it might have come as a surprise, but many people in attendance already had learned the lyrics.

But, first and foremost, as we scroll back in time to the beginning of the evening, we realize how modest the capacity of The Wiltern might have been for the bands like Asking Alexandria and Bullet For My Valentine. The last time Bullet For My Valentine was in the US, supporting Lamb of God and mighty Slipknot, the Los Angeles date was strangely omitted, and many Southern California residents did not get the pleasure of seeing the band. That, however, does not diminish our love for the British metal, and as passers-by were scrolling up and down Wilshire Boulevard Friday night, they couldn’t help but wonder, what on earth was going on at The Wiltern, because the long lines were winding along the street and around the corner  disappearing in the distance behind the back parking lot.

As you walked into the venue proceeding inside the hall, you could probably guess why hundreds of people were here early – everyone wanted to get the spot closer to the stage. The evening kicked off with the performance by hardcore band While She Sleeps from Sheffield, U. K. Again, it might have been another surprise for some, mainly since very few people in attendance normally know the opening act, but While She Sleeps seemed to have lots of fans in the crowd.  As the band opened up the evening raging through their songs “Brainwashed”, “Death Toll,” and “Four Walls,” it was absolutely clear that the night was going to be tiring for those who was planning on moshing.

Up next, was Asking Alexandria. As the crew quickly changed the set ,revealing the riser with Cassells’ massive drum set, excited howls revved through the crowd. Few minutes later the lights habitually went off, giving everyone in attendance a warning – Asking Alexandria was about the take the stage.

Now, this moment of darkness and semi-quiet, right before the re-imagined line up of Asking Alexandria was going to reveal itself, was perhaps the most important moment for many American fans – this was ultimately the first full US run featuring the new singer Denis Stoff. However, as soon as the first notes of “I Won’t Give In” soared through the air, it was obvious that the band had moved on. It was no surprise to anyone that Stoff added so desperately needed freshness and aggression to the essential sound of Asking Alexandria. If you were in attendance, you probably saw the massive mosh pit originating on the floor section right away. Attempts to crowdsurf were made as well, however it did not fully develop till later in the set. Up next was “Run Free”, “The Death Of Me”, “To The Stage,” and of course the new single “The Black.” The band had definitely been experimenting and “The Black” surely proves that combining extremely hardcore and softer elements had never hurt anyone. The results speak for themselves – the crowd truly enjoyed the song, which is always hard to achieve with the new material. Whenever the band has an established collection of hits and favorites, the new music is always met with caution, especially if the band has a new face. Well, Asking Alexandria did it in 2015 with the release of “I Won’t Give In” and they are obviously doing it again with “The Black.” So, if you are still not sure about the reinvented line up, go and see for yourself. It’s definitely worth checking out.

Moving on to the next and final act of the night – Bullet For My Valentine. These guys have been around for some time now. British Invasion Tour is ultimately a showcase of their new material off the album Venom that came out in fall. Unlike many heavy metal acts, the band has not gone through a lot of changes over the last decade and a half, unless you are one of those nostalgia kids, who is still overly upset over Matt Tuck’s haircut. The only transformation BFMV recently had was the exit of the long-time bassist Jason James, who was replaced by Jamie Mathias. However, due to the decision of drummer Michael “Moose” Thomas to take few months off to spend it with his family (Thomas and his wife are expecting their first child), the American fans are only getting to see a third of the band on this tour. This still doesn’t change the amount of heat the band brought on with them to The Wiltern. 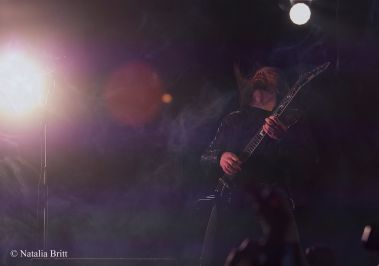 Some of you, who actually went to the show, are probably wondering right about now why The Wiltern is still standing because here is how it all went down. As the crowd intensely chanted “Bullet! Bullet!” Motorhead’s “Ace Of Spades” roared through the air, thus reminding the fans once more that it was indeed a British Invasion. BFMV took the stage at 9:30 p.m. sharp, right after a touching tribute to late rock n’ roll icon Lemmy Kilmister. Kicking off their 90-minute set with the single “No Way Out” followed by “Skin”, Bullet For My Valentine then took the audience back to 2010 when single “Your Betrayal” was taking over all the rock/metal radio stations and channels. Another pleasant trip down the memory lane was “4 Words (To Choke Upon)” followed by the new single “You Want a Battle? (Here’s a War).”  If you have been inside The Wiltern, then you surely know that it’s not the most metal concert oriented venue. The auditorium separated into several sections makes it difficult to have one massive mosh pit, however, the fans didn’t seem to care about the restrictions. There were multiple mosh pits, things flying up in the air, people screaming and headbanging, and all that was happening right off the bat. Being a metal show, it was bound to have some accidents. So naturally, there were few slightly injured fans, few objects flew up on stage, to which Matt Tuck reacted light-heartedly (we know some frontmen who’d stop a show because of that, but not Tuck) and the crowd enthusiastically booed the trouble-maker. Those were, however, little things, typical of a show like this, and the more the set progressed, the crazier the crowd seemed to become.

Of course, for those who are used to the thrash sound of BFMV, songs like “Venom” might seem a little light, but we all know that this is what makes Bullet For My Valentine special. No matter how heavy and how hardcore they may get in their sound, there is always this one ballad-like song that makes your heart foolishly flutter. Those who mistakenly think that the band’s style can somehow be described as ‘emo’, need to reconsider. BFMV might be one of the last popular British metal acts that heavily rely on classic guitar work instead of incorporating electronic elements into their sound or downgrading the tuning (very popular trick Bring Me The Horizon uses). Paget and Tuck make a pretty impressive team as they trade off those catchy riffs and memorable solos.

Any hardcore BFMV fan in the house knew that “Tears Don’t Fall” had to be the encore followed by “Waking The Demon” that closed out the night. As a result of British Invasion evening in Los Angeles many had probably gone home deaf, blind, sweaty and tired, maybe even with few bruises. And if you didn’t meet at least one or two of those qualifiers, you most definitely did something wrong or mistakenly walked into a wrong venue because this is how Bullet For My Valentine wants you to leave their show – happily exhausted from moshing and headbanging.

All images appearing in Natalia Britt Photography website are property of Natalia Britt and are protected under the United States and International Copyright laws. The images may not be reproduced, copied, transmitted or manipulated without the written permission of Natalia Britt.
%d bloggers like this: